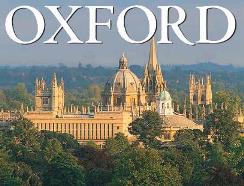 The following motion was passed nem. con. by Oxford UCU on 12 February 2009:

DEEPLY REGRETTING the loss of life and the suffering that has resulted from the renewal of violent conflict in the Middle East;

RECALLING that its predecessor, Oxford AUT, passed nem. con. on 10 May 2005 a motion affirming its support for the Principle of Universality of Science and Learning, which requires academics to refrain from discrimination on the basis of ‘such factors as citizenship, religion, creed, political stance, ethnic origin, race, colour, language, age or sex’;

FURTHER RECALLING that at a meeting on 6 February 2007 Oxford UCU reiterated nem. con. its support for this Principle, which is not only a cornerstone of academic freedom but also a contribution towards lessening tension between hostile peoples;

NOTING ALSO, however, that on 28 May 2008 the Annual Congress of UCU passed a motion entitled ‘Palestine and the occupation’ (‘Motion 25’);

REAFFIRMS its adherence to the Principle of Universality of Science and Learning;

REJECTS attempts to hold all academics of a country responsible for the actions of their government;

APPLAUDS the University’s unequivocal assurance that nobody applying for, or appointed to, a post in the University will suffer discrimination on the grounds of his or her nationality.

BRICUP’s advice to its supporters…

Mike Cushman of BRICUP, the pro-boycott organisaiton, has sent out the following advice to his supporters, attached to the Engage list of who we think people should vote for in the UCU NEC elections:

Dear supporter
If you are not a member of the Universities and Colleges Union you can safely ignore and delete this message.
If you are a member of UCU then we urge you to vote in the current round of elections, you will have received ballot papers in the last couple of days or will receive them shortly.
Engage, the group set up specifically to oppose any move towards an academic boycott have helpfully circulated a list of candidates they support. UCU uses a preferential voting system.
We ask you, whatever else you do, to place each of these candidates at the bottom of your preference list
Bricup has received great assistance from UCU left in promoting support for Palestinian rights inside UCU and in particular in getting UCU to resist the efforts of lawyers employed by friends of Engage to overturn Congree decisions.
You can read the UCU left election statement and details of the candidates they are supporting at http://www.uculeft.devisland.net/nec-elections-2009.html
MIke Cushman
for BRICUP

Remember how Mike Cushman was so outraged when people criticized the person in UCU who sent links to David Duke’s website around the union? here’s a reminder.

Cushman, remember, is also the man who came up with the following stereotype about Jews and their relationship to universities:

“Universities are to Israel what the springboks were to South Africa: the symbol of their national identity.”

And here is a flavour of Cushman’s fawning account of his trip to Hamas-ruled Gaza:
A scrum of reporters, ministers and worthies on the dockside – pretty
impressive but we are the 4th trip so less manic that it has been. We
eventually left the dockside in a coach to our hotel with, for the first
(and last?) time in my life a police escort – flashing lights and all.
At the hotel we were met by the British vice-cosul, another first for
me.
The hotel is very comfortable and has its own generators and wifi – so I
can get email for the next couple of days rather than texts – and good
food in the restaurant, wonderful as all I’ve had is airline food and a
couple of snacks since Sunday.

We have a very busy schedule set up until we leave. Meeting ministers,
more interviews, visiting universities, school hospital and civil
society groups, althjough it is Eid of course, so a lot of things are
shut.

Reads a bit like a visit to the DDR c. 1971, no?
And here’s Mike Cushman oiling the wheels of Iranian state propaganda.

Deadline is 5 March. For Engage’s advice on who to vote for, click here.

Conservative Party does not oppose boycott of Israel

In an interview with TotallyJewish.com Chris Grayling, the Tory Shadow Home Secretary, went all vague and contradictory when asked about whether he supported boycotts of Israel.

First he said one shouldn’t give “broad brush answers” over these things.

Then he said that he didn’t think that “the language we should be using is about boycotts”.

Then he said that he didn’t want to say whether a boycott of Israeli academia or goods was right or wrong.

So can we assume that the Tory Party would not understand the exclusion of Israeli scholars from British universities to be a violation of the principle of academic freedom and the norms of scientific co-operation?

Does the Conservative Party not understand that the boycott campaign wants to single out Israelis – and only Israelis – for exclusion from the global academic, artistic, economic, sporting and cultural community – but has no valid reason for discriminating in this way?

Is it unaware that experience shows that the campaign to exclude only Israelis brings antisemitic rhetoric with it – such as the demonization of Israel by saying that ‘Zionism’ is essentially racist or apartheid or Nazi; such as the grotesque magnification of the influence of the ‘Zionists’ on the global media; such as the portrayal of Israel as a state which murders non-Jewish children out of pure evil. It also brings with it lies about Israeli universities and misrepresentations of the Israel/Palestine conflict.

Is the Conservative Party unware that campaigns in Britain to exclude Israelis begin by focusing hostility on Jews in Britain who oppose such campaigns?

It is often said that disproportional hostlity to Israel – and the antisemtic ways of thinking which often result from it – is a phenomenon of the left. But it isn’t.

There is also a political tradition on the right which understands opposition to antisemitism to be against the British national interest; which understands Jews to be overly “touchy” about “criticism”; which supports a policy of appeasing anti-Israel political currents in the Middle East because it is thought to be good for business.

In February 2008, Peter McKay, a columnist, claimed in the Daily Mail that the reason British schoolchildren were taught about the Holocaust was so that it would “make them always take Israel’s side.” Jews, goes the claim, engineer a consciousness of antisemitism in a dishonest bid to protect Israel from criticism.

There is nothing left-wing about the “Israel Lobby” argument of Mearsheimer and Walt. It is an argument which appeals to a rather conservative notion of America’s “national interest” and which holds that the “Lobby” skews the US state to act against its own interest.

There is nothing left wing about the Liberal Democrat anti-Zionism of Jenny Tonge or Chris Davies or about Green anti-Zionism.

Someone in the Conservative Party should explain the issues to its new Shadow Home Secretary.

And people should be prepared to see anti-Zionist hostility emerging, increasingly, not only from the left, but also from the political centre and right.

The whole interview with Grayling is here and the two questions about the boycott are here:

What are your views of those who call for academic or trade boycotts of Israel?

Do you oppose boycott proposals when it comes to academic or just general Israeli goods?

CG: I think it’s not an area we should get involved in discussing because I think the moment you start to say I want a boycott or I don’t want a boycott or it’s right or it’s wrong, you’re putting yourself in a position where you can’t be that honest broker. So I think people can suggest what they want but I think the job of the government in this country is to be part of an international effort to try and take the Middle East towards peace.

UPDATE: Bizarely, for a man who seems unable unequivocally to criticize the boycott campaign, Grayling has a whole comment piece in the JC, saying how tough he’s going to be against antisemitism!!