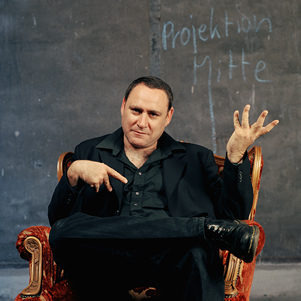 The US Boat to Gaza proudly advertised:

In concert and talk.

A benefit for the Bay Area’s flotilla passengers who will be onboard The Audacity of Hope. You’ll meet them as they get ready to go on the “Freedom Flotilla – Stay Human” to break Israel’s illegal naval blockade, an awesomely courageous revolutionary liberatory, even world-history-making action.

Atzmon is a worldwide-renowned jazz saxophonist par excellence. He was born and raised in Israel. After serving in the Israeli military he became an expat and lives in London. He also holds a PhD in philosophy and is a prolific writer and speaker on Israel-Palestine.

Please join Gilad, his pianist Daniel Raynaud, and the passengers.

Gilad Atzmon is an unambiguous and explicit antisemite.  These are the kinds of things that Atzmon likes to say:

“I think Jewish ideology is driving our planet into a catastrophe and we must stop.”

“The Nazis were indeed . . . evil. They did things that were disastrously inhuman and unacceptable. But this doesn’t mean the Jewish ideology is correct, because in fact Jewish ideology and Nazi ideology were very similar.”

See this pdf on Harry’s Place for the antisemitic things that Atzmon has said and written.

See this piece by David Hirsh on Atzmon.

See this piece by David Aaronovitch on Atzmon.

Even Sue Blackwell thinks Atzmon is an antisemite.

But the ‘antiracist’ antizionists have to take some responsibility for Atzmon. 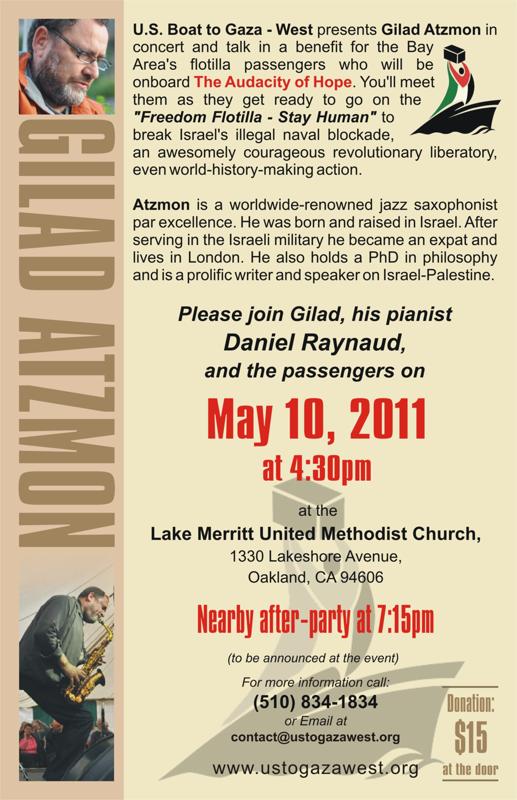