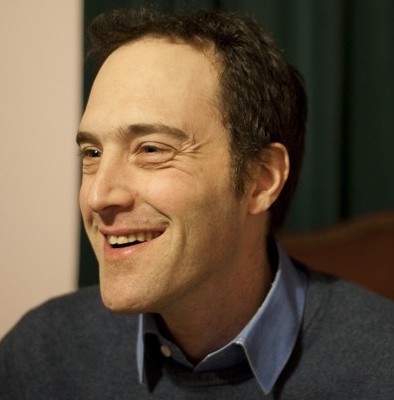 Thank you for your message.

I was happy to sign the petition of no confidence in the government’s HE policies and, like you, I have very serious concerns about the White Paper.

Regrettably, though, I am no longer able to join in UCU’s fight against the government’s measures. This is because I am no longer a member of UCU. Following the passing of Motion 70 at the most recent annual Congress, I felt that I had no choice but to resign. Not only does Motion 70 reject the most widely-used definition of anti-Semitism in the world, it fails to provide any alternative definition. The motives of those who proposed the motion are clear: they rightly understood that, according to the EUMC Working Definition, their obsessive campaign to single out Israeli academics for boycott year on year might indeed be anti-Semitic. Whether intentionally or otherwise, this has made UCU an even more uncomfortable place for Jewish members than it was previously. I can no longer contribute money to such an organisation in good conscience.

Please do not send me the same generic response you have sent to others who have resigned on  these grounds. Sadly, your repeated claim that UCU abhors anti-Semitism is not borne out by the evidence; rather, the evidence points overwhelmingly in the other direction. For example, a union which truly abhorred anti-Semitism would have no truck with Bongani Masuku, whose statements were correctly defined as anti-Semitic hate speech by the South African Human Rights Commission. UCU, by contrast, invited Masuku to promote the boycott campaign. Does that sound to you like the mark of a union which abhors anti-Semitism?

Speaking on a more personal level, I sent you three emails on related issues in 2008, which are attached. I think you would agree that a trade union which abhorred anti-Semitism would take such emails from an ordinary member seriously. Regrettably, I never received a reply to any of them.

I no longer wish to contribute my money to an organisation which has a problem with institutionalised anti-Semitism. I am sure I will not be the last Jewish member who feels forced to resign, even at a time when trade union protection and solidarity are more important than ever.  Once again -please do not send me your generic reply. All I would ask you is: do you realise that the boycott campaign is now weakening the union’s numbers and credibility, at a time when a strong union is needed more than ever? And do you ever lie awake at night wondering why, in the 21st century, Jewish members have left UCU in droves?

In 2009 UCU Congress was asked to mandate the union to investigate these resignations.  But Congress said no, it didn’t want an investigation into why people were resigning from the union citing antisemitism as a reason.

UCU members who have resigned:

The Following UCU members have not resigned; their points of view too need to be taken seriously:

76 UCU members signed a public protest about UCU’s failure to take seriously the criticism made against it by the Parliamentary Inquiry. Read their protest, published in the Times Higher.

39 UCU members signed a public protest at the UCU’s refusal to meet with Ger Weisskirchen at his request. Weisskirchen is the OSCE’s Chairman-in-Office Representative on antisemitism. The protest, which went unheeded and ignored by the UCU.

JC on the Israel’s anti-boycott law: “a betrayal of the very essence of Israel”

This week’s leader column in the Jewish Chronicle.

This newspaper, along with almost the entirety of Anglo-Jewry, does everything within its power to oppose the boycott, divestment and sanctions (BDS) movement.

It is a moral disgrace, and its supporters deserve every ounce of the opprobrium they receive from all decent people. But the response of the Knesset this week, in effectively silencing the proponents of BDS, is not merely misguided and an own goal; it is a betrayal of the very essence of Israel.

When boycotters berate Israel, we have always been able to point out the hypocrisy of their focus on the one truly free country in the Middle East. That argument will no longer hold water if the new law is allowed to remain on the statute books. It is the very negation of democracy, and of what Israel stands for – freedom to express views which are defeated in argument. As for the behaviour of Benjamin Netanyahu, in simply absenting himself from the vote: so much for leadership. If he thinks the law is wrong, he should have led by example and voted against. This law must be overturned, and soon.

This week’s leader column in the Jewish Chronicle.

See also this piece in the JC, including:

But anti-boycott campaigners in the UK rounded on the new law. Ronnie Fraser of Academic Friends of Israel said it “will make it more difficult to argue that Israel is an open democratic society with few restrictions on debate. Once again the Israeli government has failed to understand the problems for pro-Israeli activists in the diaspora.”

David Hirsh, editor of the website Engage, which counters antisemitism and anti-Zionism in the academic world, said: “The boycott campaign treats Israel as though it was no more legitimate than the settlements in the occupied territories.  The new law shares this assumption… Instead of driving a wedge between the peace camp and the boycotters, the new law pushes the peace camp into the arms of the boycotters.”

See the report on Jonathan Freedland’s debate with Omar Barghouti, including:

… both Ms Gould and Mr Freedland were repeatedly shouted down by pro-Palestinian activists.

“What has come through loud and clear is your motivation is not actually just the end of occupation but it’s with Israel itself – you have a fundamental problem with it.”