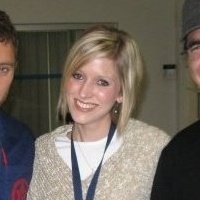 This post is by Alana Pugh-Jones of the South African Jewish Board of Deputies.

Bongani Masuku, International Relations Secretary of the Congress of South African Trade Unions (COSATU), will be one of the speakers in the upcoming BRICUP seminar series entitled, ‘Israel, the Palestinians and Apartheid: The Case for Sanctions and Boycotts’.

BRICUP, a an organisation of UK based academics set up in response to the Palestinian Call for Academic Boycott and with the mission to ‘support Palestinian universities, staff and students’ and ‘to oppose the continued illegal Israeli occupation of Palestinian lands’, is hosting numerous talks at universities across the UK. Speakers on the line up include amongst others the former South African Minister of Intelligence Ronnie Kasrils and Omar Barghouti of the Boycott, Divestment and Sanctions movement.

But it is the inclusion of Bongani Masuku in a public lecture series, run by a self described academically orientated organization, which is cause for concern.

Mr Masuku currently has a case of hate speech being reviewed against him at the South African Human Rights Commission (SAHRC). The SA Jewish Board of Deputies laid a formal complaint with the SAHRC against Masuku in March, on the basis of “numerous inflammatory, threatening and insulting statements” he has made against the South African Jewish community. In a press statement, the Board accused Masuku of using “overtly threatening language” in reference to the mainstream Jewish community because of its support for the State of Israel.

Specifically, Masuku had openly and repeatedly stated that COSATU would target Jewish supporters of Israel and “make their lives hell” and urged that “every Zionist must be made to drink the bitter medicine they are feeding our brothers and sisters in Palestine”. He had explicitly demonised South African Jews who, unlike Ronnie Kasrils and others, had not “risen above the fascist parochial paranoia of Israel”, writing that such people could not be expected to be regarded as human beings by people like himself.

Masuku’s various statements were believed to constitute serious breaches of the Prohibition of Hate Speech as contained in the South African Constitution. Public pronouncements declaring that Jews who support Israel are not welcome in South Africa and should be forced to leave, as well as calling on COSATU’s members to target Jewish businesses and to confront Jews who support Israel wherever they might be even if this means doing something that in his own words, “may necessarily cause what is regarded as harm”, prompted the SA Jewish Board of Deputies to take action.

This week, the HRC released its finding, in which it unequivocally found that Masuku’s statements amounted to hate speech and recommended that the matter would best be resolved through litigation before the Equality Court to seek a public apology from him. Whatever the findings may be, inviting someone who openly and consistently promotes threatening action towards a community instead of employing factually based arguments to forward their cause, is a dangerous move which not only serves to undermine whatever merits may exist in the event but will only provide a platform for furthering hatred and tension around the Israel and Palestine debate.

University and College Union boycotters and BRICUP members, including Mike Cushman, Hilary Rose, Steven Rose, John Chalcraft and Jonathan Rosenhead have ushered anti-Jewish racism into their movement. Their organisation’s uncritical hosting of Bongani Masuku shows that, for them, hatred of Israel is an acceptable substitute for powers of analysis. This is why BRICUP cannot be effective on behalf of Palestinians and why it’s reasonable to speculate that BRICUP’s main concern isn’t Palestinian emancipation, but hatred of Israel.

Update 2: According to the Facebook group page for Israel, the Palestinians and Apartheid, UCU is co-hosting the Leeds event.